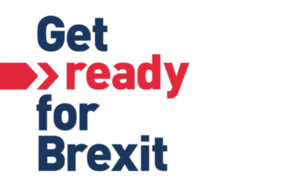 If you do not have an Android device with near field communication (NFC), search the .gov site for locations where you can go to get your biometric ID document scanned.

Brexit: check what you need to do if there is no deal

A Brexit deal has been agreed in principle with the EU.

Both the UK and the EU need to approve and sign the withdrawal agreement.

If the withdrawal agreement is not signed by the UK and the EU, the UK could still leave with no deal on 31 October 2019.

Find out what you, your family, or your business should do if the UK leaves the EU with no deal.

New passport validity rules will apply for travel to most European countries in a no deal Brexit.

The Home Office will send around one million text messages to passport holders who may need to renew their passports early.  The text messages will encourage people to check if their passport will meet these new rules to help them with any plans for travel to Europe after 31 October.

There are 2 new rules that passports will need to meet to travel to most countries in Europe:

The texts will be sent to those who provided their mobile number when they applied for their current passport.  Not everyone provides a mobile number, and contact details may have changed, so even those who do not receive a message should check their passport.

It will normally take up to 3 weeks to renew a passport, but it may take longer if more information is needed.

Other advice to people travelling to Europe after Brexit includes getting travel insurance so they are covered for healthcare, making sure they have the right driving documents and getting a health certificate for their pet.

The UK government has launched a ‘Get Ready for Brexit’ public information campaign to help ensure the general public and businesses are ready when the UK leaves the EU on 31 October 2019.

A new checker tool will help businesses to identify quickly what they need to do to ‘Get Ready for Brexit’.

As part of the campaign, starting from Monday 16 September, there will be 30 ‘Get Ready for Brexit’ events across the country for businesses and organisations. To find out more and book, visit Brexit Business Readiness Events.

For individuals and families who want to continue to live in the UK after it leaves the EU, click here to use the Home Office’s tool for more information.  The UK government has reached an agreement with the EU that will protect the rights of EU citizens and their family members living in the UK. It has also reached an agreement with Norway, Iceland and Liechtenstein, and a separate agreement with Switzerland.  These agreements mean that most citizens from the EU, Norway, Iceland, Liechtenstein and Switzerland will need to apply to stay in the UK. They can then continue living their lives here as they do now.

Information for applicants to the EU Settlement Scheme during the public test phase running from 21 January 2019 have been published today.

This information includes but is not restricted to advice on;

In the event of a ‘no deal Brexit’

The Secretary of State for Exiting the European Union today set out information for EU citizens and their family members in the UK in the event of a no deal exit from the EU.

There would be some changes to the EU Settlement Scheme if the UK leaves the EU without a deal, and further details are set out in the policy document.  In particular, as there will be no agreed implementation period, the application deadline will be brought forward to 31 December 2020.

Prime Minister Theresa May has released a statement relating to the government’s Withdrawal Agreement and the Outline Political Declaration detailing The UK’s future relationship with the European Union.

For the full statement please visit the Home Office webpage:

You’ll be able to apply during the pilot if you’re employed by or work at one of the 15 NHS Trusts or 3 universities in north-west England involved in this phase of the pilot.

For more information on who is eligible for the pilot, when you can apply and other roll-out dates visit the Home Office webpage:

Today the UK Government has published more details about the new scheme for EU citizens and their families, to allow them to continue as now, living and working here after June 2021.

If you are an EU citizen or family member already living in the UK, a user-friendly scheme to enable you to secure your settled status in the UK will open later this year. But there is no rush – you will have up until 30 June 2021 to make your application.

The agreement the UK Government reached with the EU this week extends the citizens’ rights protections to include EU citizens and their family members arriving in the UK during the implementation period from 30 March 2019 to 31 December 2020. This ensures that those planning to come to the UK after March 2019 know what the arrangements will be. During this time, new arrivals will need to register through a new Home Office registration scheme after three months in the UK.

More information is available on the Home Office webpage:

UK leaving the EU: what you need to know

The UK and EU Commission have reached an agreement on citizen’s rights after the UK leaves EU.

This update sets out what the deal means for EU citizens living in the UK and what the next steps are.

We are developing the settled status scheme from scratch. The new system will be streamlined, user-friendly and draw on existing Government data to minimise the burden on applicants to provide evidence.

Those applying to stay in the UK after we leave the EU will not have their applications refused on minor technicalities and caseworkers considering applications will exercise discretion in favour of the applicant where appropriate.

As a result, we expect the vast majority of cases to be granted, with refusals most likely to be because of serious criminality or if the person is not an EU citizen (or family member) or not resident in the UK.

Please check details of how the scheme will work, more information will be available in due course.

EU citizens cannot apply right now but can sign up for email updates.